I was digging through some old boxes in the garage and found a framed poster of a favorite quote sent to me long ago.   The quote is attributed to our 26th President of the United States – statesman, writer, conservationist, and naturalist,  Theodore Roosevelt.

The quote is taken from a speech President Roosevelt gave on a whistle stop tour on the orient express and delivered to a relatively small audience in Paris over 100 years ago, it emphasizing the importance of character of the individual in a Democracy and challenging political leaders to “hold the average citizen to a high standard”.

While written more than 100 years, ago, I couldn’t help but reflect on the relevance it has today, perhaps more than ever, in our political arena as well as our roles in industry.  Inspiring our teams to do better, holding our MSLs to a high standard of performance – nothing new here really, this has been the job of both the MSL and Manager to work together to optimize performance for as long as I can remember.  However, as we dig in to the part of his speech known as the “Man in the Arena” – it took on a renewed focus for me.

THE MAN IN THE ARENA

“It is not the critic who counts; not the man who points out how the strong man stumbles, or where the doer of deeds could have done them better. The credit belongs to the man who is actually in the arena, whose face is marred by dust and sweat and blood; who strives valiantly; who errs, who comes short again and again, because there is no effort without error and shortcoming; but who does actually strive to do the deeds, who knows great enthusiasm, the great devotions, who spends himself in a worthy cause; who at the best knows in the end the triumph of high achievement, and who at worst, if he fails, at least fails while daring greatly, so that his place shall never be with those cold and timid souls who neither know victory nor defeat”

I began thinking how this applied to me as someone who is often times asked to provide feedback and even more often,  receive it.  As someone who has given and received more than 100 performance reviews in his career I couldn’t t help but wonder if over the years, my direct reports felt that I was in the arena with them or if I was perceived as the critic, the one whose “face is not marred by dust and sweat and blood”.

I certainly can remember thinking at times while on the receiving side of feedback that my manager wasn’t really in the arena with me –perhaps they had pointed out where I had stumbled or where I could have done better, but were not really in the ring with me along the way.  I can also remember how open to feedback I was when I felt they were in it with me, partners along the way, accepting the outcome as ours, not solely mine.

What a difference being in the arena makes.

To be truly effective leaders and to give credible feedback, MSL managers need to  to be in the arena – side by side our people, inspiring them to do better. Managers need to provide valuable and needed feedback, not for the sake of pointing out where one has stumbled, but to inspire them to do great things, in order that “their place shall never be with those cold and timid souls who know victory nor defeat”

Thinking back to the MSL Society Awards, I had the pleasure of reviewing the nominations for our MSL and MSL Managers.  I also had the honor of announcing one of the winners of the Managers of the Year – I can’t help but smile knowing we have so many talented MSLs and Mangers who have mastered the art of giving and receiving feedback and that are in the arena together inspiring each other to do great deeds.  We will need to continue in this direction as we face the challenges and unknowns of our future.  We will need to take risks, bring forth ideas, innovate.  Some will work, some will not.  The only failure is not trying something new.  The arena is ours to enter together. 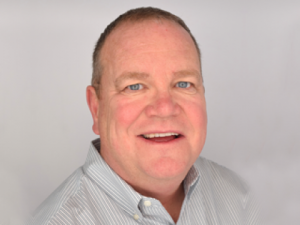 Paul joined industry in 1988 and has been working in Medical Affairs since 1996 as he joined Lilly Oncology as a Regional Research Manager in Oncology. He has since worked in various leadership roles in a Medical Affairs at Cell Pathways, Abbvie Oncology, Pharmacyclics and Astellas. He is currently the National Liaison Leader for the Hematology and Oncology MSL teams at AstraZeneca. He is passionate about bringing needed therapies to Patients afflicted with Cancer, helping reshape medical practice, and aligning field and headquarters strategy in a way that brings forward the incredible value MSLs bring to the many healthcare providers and internal stakeholders we touch. 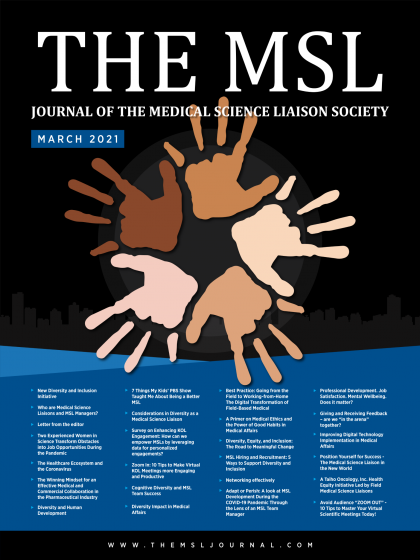