Many articles you’ve read recently or will read shortly will always have a rich part centered on the complexity of the medical landscape increasing including the number of treatment options available to patients continuing to expand and how this is changing the MSL function globally. I’ll not spend more time on that because it is evident enough, that, there is a growing demand for the value of medications to be demonstrated to payers. This emphasis on the “value” of healthcare solutions, rather than just the price is among the most important and impactful “increasing complexity” putting pressure on pharmaceutical companies.

This has given an urgent need to demonstrate the worth of healthcare solutions in terms of cost-effectiveness as well as direct and indirect benefits which is why there is an increased focus on health economics and outcomes research (HEOR) globally.

Being the best-suited team to engage in understanding and communicating the science – and hence the value – of a company’s brand to various stakeholders in accordance with their perceived value, MSLs play an important role in ensuring that HTA requirements are met, sometimes even before the medical therapy has been approved for marketing in that country. This value discussion is especially beneficial when it is conducted earlier since it will optimally decrease delay to market in that country and hence allow patients to have timely access to new therapies.

In the last decade, this importance has dramatically increased and has moved MSL recruitment into a more complex process since the MSL position now requires more skill and certifications. pharma field forces are evolving into a range of job titles all disseminating various types of HEOR data. They include traditional job titles like MSLs, to which are being added managed care liaison (MCL), health outcomes liaison (HOL), and more.

I personally think Field-based HEOR/payer liaisons will continuously keep growing in the near future. The need for liaisons with specialized knowledge of healthcare reimbursement and real-world evidence is on the rise due to the evolving healthcare landscape making MSLs a key to driving patient access to new therapies across dynamic healthcare systems.

What essentially is the medical affairs’ role in payer interactions? MSLs play a critical role in probing payer needs and perspectives as well as gaining insights on value since most companies still don’t have dedicated health outcomes liaisons to interact with payers. There are a couple of orbits where this happens ranging from the traditional clinical presentations and discussions during face-to-face MSL visits through payer advisory boards and ending with aiding in the conduction of outcomes research and presenting it to payers in large gatherings like congresses.

More companies are beginning to leverage their MSL teams’ advanced scientific understanding of brands to move market access discussions forward, this is evident in that “The percentage of medical science liaison (MSL) teams contributing to reimbursement discussions and formulary committee presentations have increased from less than 10% of surveyed life sciences companies in 2010 to 42% in 2012, according to a new study published by Cutting Edge Information”.

As managed care organizations become more interested in the science behind brands, market access is now partnering more with MSLs who are the science communicators of the company to augment value discussions with payers and this is in turn reflected in companies who have MSLs engaged in payer discussions usually report a faster-growing trend in their MSL teams than companies who don’t. I personally expect something around a 30% growth of staff who work in payer relationships globally within the next 5 to 10 years.

The trendy debate now is centered around where these roles reside. The core of this is around whether the placement and structure of the HEOR/payer liaison teams should fall under the medical or commercial side. While HEOR and payer MSLs most often remain on medical teams, many companies are considering or have already moved these roles to V&A groups. Companies that have hired HOLs often organize them within the MSL team structure to benefit from the knowledge that these liaisons have. This decision is a flexible one and should be influenced by a couple of factors including therapy area dynamics, company objectives, budgets, and specific role descriptions.

What specific role description you might ask yourself? as MSL roles continue to evolve based on customer needs across the product life cycle, different articles and trials are showcasing a need for clearly defining the scope of MSL responsibilities to ensure maximum effectiveness. As mentioned before in this article, recruitment times are creeping up and the competitive nature of recruitment potentially increases with the rise of HEOR/payer field medical roles, this will be even more important as roles become increasingly more difficult to recruit through HR.

There are some critical elements for a strong communication channel with payers and that includes – while not limited to – understanding payers’ needs which is what an MSL does best when it comes to insights gathering. Internal knowledge sharing is the next chronological step and is critical in optimizing collaboration which should even dive down to tactical details of planning meetings and trainings together. Strengthen HEOR understanding through an array of internal and external resources which will be the first solid step to conveying value by translating clinical benefits to payers’ value discussions since they are demanding clinical trial evidence, HEOR findings, comparative effectiveness research, and post-authorization, real-world and safety data to drive decision-making locally.

Therefore, to build on current knowledge, being a successful MSL requires being a scientific and technical expert, an HCP relationship manager, and an excellent communicator. Yet to become an impactful “payer” MSL, I personally believe there are a couple of attributes that need to be present in the next generation MSL, namely being able to cultivate and nurture productive key opinion leader relationships, explore best practices for assigning the responsibility of communicating HEOR data as well as being able to showcase MSL performance metrics to internal stakeholders.

He previously worked as an MSL for Bone & Pain and Respiratory during the period from 2014 to 2016 which added a lot to his perspective of being patient-centric in business.

His career to date has provided him with invaluable knowledge in some key areas, namely Bone & Pain, Respiratory, Cardio-Metabolic, Nephrology, Transplantation & Biosimilars across the region.

He has augmented his clinical skills with technical skills including an MBA from ESLSCA University in Paris, a HEOR diploma from Ashford University in the USA as well as being a Professional Certified Trainer.

Shereef is also an accomplished individual with a strong desire to succeed and lead others to success through the array of awards won on different levels. He is known amongst his peers through his past experiences to have the distinction of being an individual who is energetic, a fast learner, dependable, and organized which certainly makes him efficient. 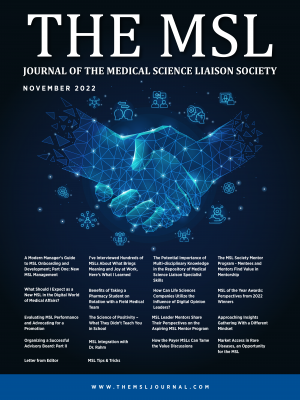