This is a tale about a physician researcher’s career path and transition from clinical to non-clinical. Everything she did in life was about her positive mindset. Her ideas became thoughts, thoughts led to action and action led to results. She recounts how coming from academia and transitioning to industry or going from the ivory tower to the dark side was not bad at all. It was quite the opposite. She loved learning as an adult student, becoming a researcher, and landing her first role as an MSL. She was fortunate to have transitioned to a non-clinical career as an MSL with the help of her vast network. Having two years under her belt, she can say that it is one of the best jobs in the world. Hopefully, her story will resonate with some of you who are in academia or clinical practice and serve as an inspiration to those who are thinking about a non-clinical career as an MSL.

Her story begins in 2007 as a Medical Director of two busy family medicine practices that served over 10,000 clients. Throughout her career, she always developed strong relations with her staff, colleagues, patients, and families. She tried to help those with preventable chronic diseases that were out of control passed down from generation to generation. She witnessed countless disparities in health and barriers to healthcare especially in underserved areas and minority populations that had no financial support or health insurance.

One day while conducting free health screenings at her local community health fair, she circled around the parking lot and witnessed the long line of minorities seeking to see a doctor for free health screenings, vaccinations, etc. She wondered what was happening to the health of marginalized populations upstream? How can we do better as a society and help prevent the domino effect of poor health passed downstream? Her questions warranted more focus on understanding what was really going on in these communities.

This was her turning point as a Medical Director. She was not burnt out but rather, she listened to her inner voice of wanting to do something different – There was a desire to rediscover her purpose. She wanted to affect change on populations on a much greater scale and make a difference with an even broader impact – This became her “WHY.” That day, so many questions came to mind: “How was she going to make that leap? Where was she going to start? How will she continue to develop herself professionally? How would she reinvent herself and still earn a living?” During her soul searching, she realized that to embark on another career path, she would need to invest in herself today to set herself up for success tomorrow.

Her journey began when she decided to go back to graduate school and obtain a Master of Public Health. It was the wisest decision because she needed to invest and reinvent herself while expanding her network. She enrolled in the multidisciplinary program at the university and took every certificate program possible – Global Health, Health Equity, and Evaluation and Health Promotion. For two years, she learned as much as she could and worked hard to increase her knowledge and skill set. Along the way, she discovered that she loved learning as an adult student. When opportunities presented themselves, she rarely said no. She developed a reputation as a “Go-Getter.” She became very involved in many extracurricular activities and was appointed the Public Health Ambassador to represent the graduate school at the American Public Health Association.

Upon graduation, her hard work and perseverance finally paid off. During graduate school, she had an exceptional mentor who invited her to join the Lab of Epidemiology and Population Science at the National Institutes of Health. There, she conducted colorectal cancer research in collaboration with the National Cancer Institute. As an Epidemiologist, she was able to apply what she learned theoretically and translate her knowledge into practice. She built the analytical and scientific foundation needed for her next career step.

What were her next steps going forward? While at the NIH, she was always thinking about her career trajectory and how it would look like in the next three to five years. She was asking herself the same question again – “Why was I doing all of this?” This was where she knew it was important for her to go back and revisit her “WHY.”  Of course, she wanted to still make a difference, make an impact and most importantly, she wanted to do what she loved most, and in her professional life that meant building relationships. She always knew that she had a knack for people skills and didn’t want to stay in research forever. The research training she received was a huge stepping-stone that she needed. She wanted to transition to a career that valued her not only for her medical background, knowledge, and research skills but also her soft skills, especially her people skills – All of which embody the MSL role.

In academia, she built meaningful connections and relationships and expanded her network. When she first learned about the MSL role at the NIH, she researched everything about it. She wanted to make sure it was the right fit for her professionally, and that it suited her and her personality. She had heard of the MSL Society and became an active member. She enrolled in the MSL live training and learned as much about the role as she could. The training was key in her ability to present and communicate according to industry standards. The more she learned about the role, the more motivated she became about pursuing the profession. She attended the MSL Society Women’s Summit and 2 annual conferences and was strategic about every meeting. Her outstanding people skills proved to increase her network as she engaged and learned from many MSLs and MSL leaders. She started to build solid relationships with members of society who inspired her and eventually became her mentors. In the past, she never really understood the power of networking and building connections or having mentors. In hindsight, she realized she had been networking and forming connections all along, at every step of her journey. She came to understand how networking in the industry works and once she understood this, she took advantage of every opportunity to meet the right people and surround herself with a circle of exceptional industry leaders.

During the MSL Society Women’s Summit, she met a fellow physician who introduced her to a career coach who was also a doctor. Immediately, they both hit it off. After 10 months of working together with her coach and trying to break into the MSL role, she landed her first job in the industry as an MSL for a large medical device company. After working only one week as an MSL, she knew it was the perfect fit for her and was the best career decision she ever made.

Her first MSL role started in 2019 at a large medical device company focusing on stroke care. As the first MSL for the company, there were many benefits. She was able to travel to congresses and meetings across North America and Europe. In 2020, she was nominated for the “MSL Rookie of the Year” Award by the MSL Society for her dedication and commitment to the MSL profession. Currently, she is an MSL for a biotech company that tests to detect cancer early and transforms personalized treatment options for patients at every step of the cancer journey. 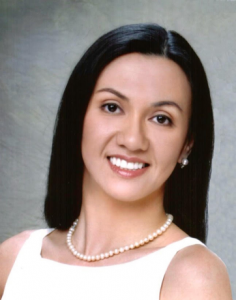 Dr. Maria Abunto was born in the Philippines and raised in the United States. She received her MD from the University of the East and her MPH from the University of Pittsburgh. Her vast experience spans from being a Medical Director, an Epidemiologist conducting colorectal cancer research at the National Institutes of Health, and an MSL at a large medical device company focusing on stroke care. Currently, she is an MSL for a biotech company that tests to detect cancer early and transforms personalized treatment options for patients by providing smart answers at every step of the cancer journey.

Dr. Abunto holds leadership positions as a committee leader for Women’s Rights with the American Public Health Association, a health mentor for the American Heart Association, and a peer mentor for the University of Pittsburgh Alumni Association. Maria enjoys giving back to her community as an MSL career coach with the Physicians Helping Physicians organization and is an active member of the MSL Society where she has been nominated for the “MSL Rookie of the Year” Award this year. 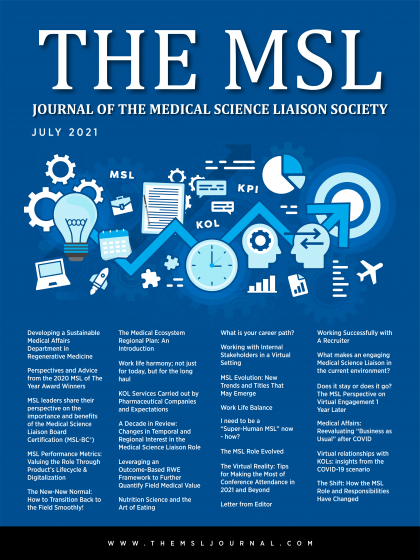